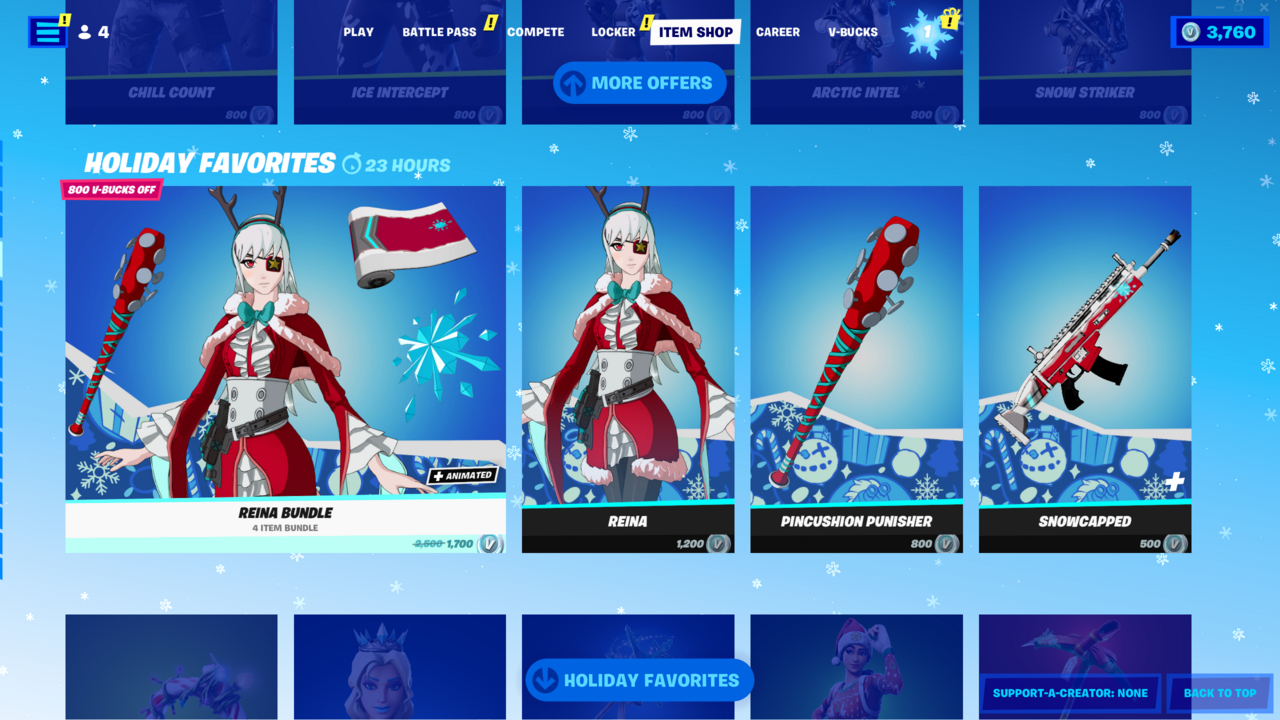 With Winterfest ending later this week, Epic is giving players one last chance to grab any Winterfest skins in the Fortnite Item Shop. If you’ve had your eye on any festive characters, this will be your last opportunity to get them before next December, so consider yourself warned. Here’s everything in the oversized Fortnite Item Shop for January 4, 2022.

The complete run of Fortnite Winterfest characters brings over a dozen heroes to the store for one last hurrah before they’re shelved (presumably in Santa’s Workshop) for nearly the whole calendar year. That means characters like Reina, Snowbell, Red-Nosed Ranger, and many more are all on their last gingerbread limbs.

If you’re already over the holiday season yourself, you can ring in the new year with characters such as Boba Fett and the Cobra Kai collection, as well as long-absent Epic originals in the Permafrost set. The eight-hero set has been missing in action for nearly 300 days, but it’s back now and includes the following heroes, each of them clad in wintry camo and each of them going for 800 V-Bucks:

For a full view of the inventory today, check out iFireMonkey’s tweet.

Given that this is Fortnite, we’re likely only days away from the next major collaboration. We’ll be back tomorrow with another Fortnite Item Shop update.