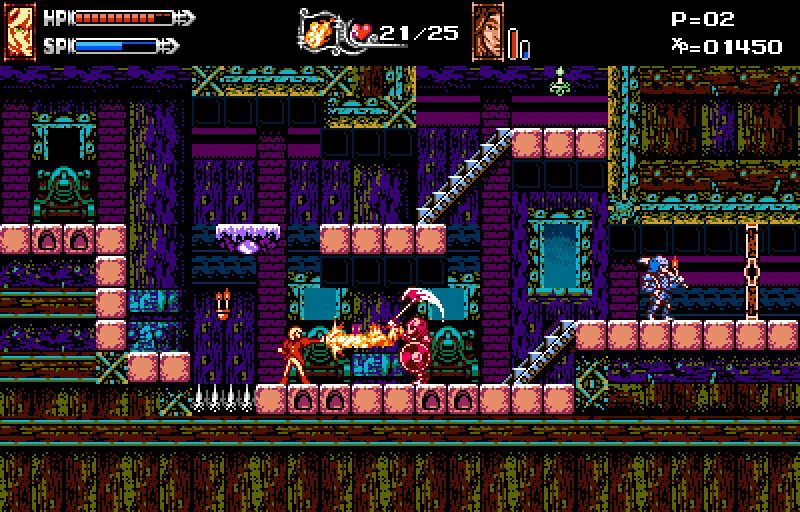 Worst case, this fan game is a cool what-if

Fan games are a tricky balancing act on multiple fronts. Living up to players’ expectations after releasing a cool trailer, feeling on-brand without being too much of a retread, and just generally finishing the project before the well-meaning team’s passion dries up or the license holder’s wrath is incurred — the list of pitfalls stretches on and on. Just because a team has a great idea for a fan game and a willing audience that’s extremely ready to hop in, there are no guarantees that their vision will make it out into the world. With all that said, man, Castlevania: Seal of the Eclipse looks sick as hell! You need to see the trailer.

If you’re well-versed in Castlevania lore — specifically, the Demon Castle War — then you’re going to lap this up. It’s one of those background events that is acknowledged in-game (in this case, in Aria of Sorrow) but still conveniently left open for interpretation.

The Steel Plate armor in Castlevania: Aria of Sorrow describes a “uniform worn by a soldier who fought in the Demon Castle War,” while a library entry in the DS jam Dawn of Sorrow sums up the 1999 conflict as “the battle that permanently destroyed Dracula.”

If those wiki-residing words don’t mean much to you, no worries, and also, kinda same — even without that context, Seal of the Eclipse looks like a neat retro Castlevania romp.

On the Castlevania Dungeon forums, Dracula9 posted a rundown of the project’s origins, which include a pivot away from another hopeful, more resource-and-time-intensive Castlevania fan project called Umbra of Sorrow. The hope is that by focusing on a “downsized” retro aesthetic, there will be a “significantly lighter load on everyone’s backs.” Given the game’s multi-hero premise, the animation workload can quickly pile up.

“With a (comparatively) reduced emphasis on exploration, backtracking, and puzzle-solving, the focus for this has become rather akin to how [Curse of the Moon 1 and 2] and CV3 and From handled things — pushing the formula of standard platforming to accommodate multiple player characters who all have different strengths and weaknesses,” wrote Dracula9. “Obviously this is not a new concept by any stretch of the imagination, but with its goals being smaller in scope it allows more intense exploration of how to get those key elements just right, and polish them to a shine wherever possible.”

In a tweet today, the Seal of the Eclipse team reiterated that this is “a fan project, we have no affiliation with Konami, and we *DO NOT* accept any kind of compensation for our work. Our project is free and born out of love for the Castlevania franchise.”

As for the risk of posting an early reveal trailer, well, they’re aware. “A conscious decision was made based on all the information we have, and we chose to make it anyway,” the creators said in a YouTube comment. “‘Hiding’ isn’t as effective as some might think it is, and is a gross underestimation of any given company’s online awareness.”

We’ll see how this story plays out, and how the game progresses, as these projects tend to be a marathon, not a sprint. In any event, I thought it was too cool not to share.