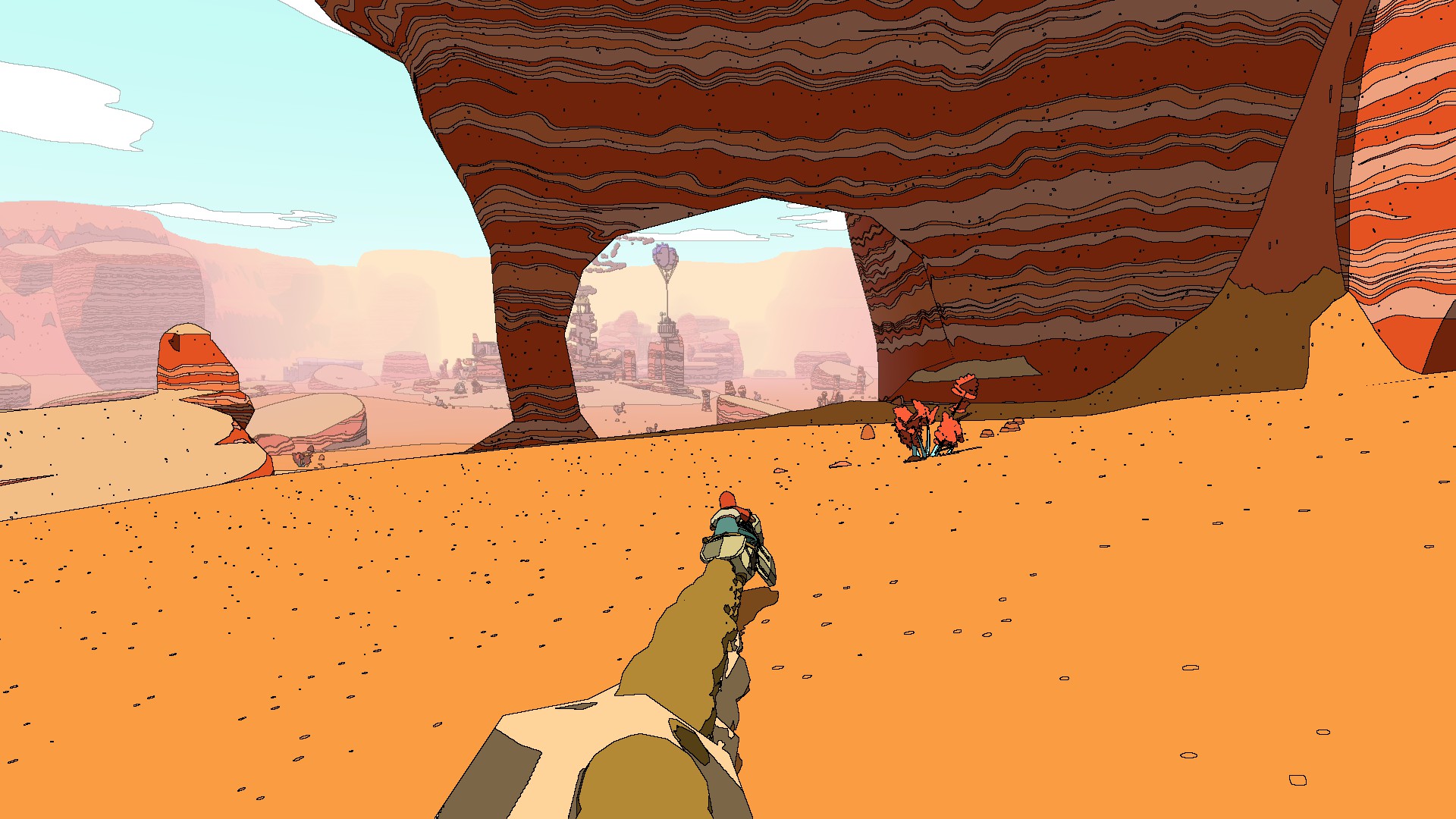 There are so many different ways to approach a good adventure. I love open-world games with lots of side quests and hours of action and fun to be had. The only problem with titles like these is I’m getting older now and the older I get the less time I have to indulge in my favorite sagas. It’s literally akin to turning a movie you’re really enjoying off to go and do something else and never getting the chance to come back to it. Then something else comes along and rinse and repeat. This being said I look for adventures now that I can enjoy either in parts or as a pick-up and put-down entity, which is why I have such a burning love for roguelikes. Then we have interactive novels and walking sims. I know they’re all critically acclaimed and stuff, but I just don’t get the fuss. If I want to read … I’ll open a book and do all the adventuring in my head. Equally, if I feel like walking I have two marvelously useful things dangling off my hips and don’t need to boot a game up. Is this going anywhere? Yes! The game is Sable and you’ll see what I’m rambling about in a sec.

I loaded Sable and the first thing I thought of when I entered the game was Journey. This is a title that absolutely embodies what I’ve just been talking about. It received millions of awards and you all fell over yourselves to play it. I picked it up on this basis, (which is lethal because I hate hype,) and although it sounded and looked absolutely stunning I just found the whole experience a bit “Meh” if I’m being honest. Yes, go on and call me a heathen but kindly leave your pitchforks at home, if we were all the same the world would be a very boring place. Coming back to my point, I started playing Sable and was very much expecting to be writing a review that could be summarized as “it’s all great and stuff … but …” Thankfully, in this particular case, I don’t think that would be entirely fair.

The first thing to note about Sable is the graphics. The whole look of the game is like something out of a comic book and I can’t stress how much I love this. Everything is bright and colorful but in a cleverly drawn-out way. The graphics aren’t crisp and dynamic and the slightly fuzzy feeling that comes over really helps the ambiance the game has. There’s something wistful about the whole affair that I find rather endearing. This aesthetic follows through in the music which also has a sort of dream-like quality. The musical score is perfect for the game and very fitting for the play style. This isn’t an action-packed adventure full of bloodthirsty monsters. This is a journey of exploration and to a degree introspection and the music needs to reflect that. This is done really nicely in Sable.

That’s not just a mask, it’s a door. The question is how do you open it?

As you all well know by now, I’m not one for retelling the story of a game you haven’t played yet. I mean, not at all. You’ll get the barest essence of what you’re going to be doing and that’s it. With this in mind, I’ll be brief. Here, you’ll be taking the role of an Ibexii tribe member called Sable. You will take her from her home on a coming-of-age ritual called the Gliding. Here she will explore the world alone in an attempt to find the path she will follow for the rest of her life. She will aid the different factions that reside in the desert wilderness that is her home and eventually become one of them. These quests will lead her to explore the environment around her with no boundaries or time limits and this is the true heart of the game.

Sable could easily be one of those games where you feel like everything is a fetch quest. These are generally great fodder for side-quests but don’t usually have enough body to make a game fun on their own and can easily be over-used until they become little short of padding. Here, these quests are more of a way of giving the game body and allowing you to become involved in the stories of lots of different characters. They further the plot and help point you in the right direction but everything is done at a pace that you want to take as a player and this is really important.

The view was worth the climb.

It could very easily be that character A sends you to point B and asks you to pick up item C then bring it back. You go to location B, wander around for all of about 5 minutes, get said item, and return it. In Sable, that quest just points you to an area that might have more than one location in it. Not all of these places are directly linked to quests and they’re all worth exploring. This isn’t just a five-minute look to see what might be inside. A location can take you over an hour to explore properly and you might find another mission hidden there. This is what makes the game truly note-worthy. You want to see what’s hidden in these places and you know that each location is a mini-adventure in and of itself.

The fact that Sable isn’t a game of stress and time limits turns it from an epic RPG where you just want to hit that next level or story marker to a very big game with some excellent pick-up-and-play qualities. The simple fact that an area can take a while to explore means that you can do that location in one sitting and then happily step away. Being able to jump in and out and feeling that the agency and to a degree urgency is being created by you means that Sable is a game that can be enjoyed in bite-sized bits, making it perfect for us busy types that struggle to free up a lot of time. You won’t get bored playing this game in lengthy bouts either so it should appeal to several different player types.

The map is expansive. Landmarks appear as you encounter them.

Having characters to interact with does a lot for Sable. This could have easily been one of those games where you have to discover the entire story as you play. This is something that definitely works depending on the title but, unfortunately, is also something that gets overused. If it’s not done right you can end up feeling quite lost as a player. It’s important to have some idea why you’re doing what you’re doing or it can be easy to lose interest. A game has to have a very distinct sense of mystery to make you want to keep going with very little idea of what’s going on around you. In Sable, you still learn a lot from your environment and the characters you meet but there’s a very obvious premise guiding your actions so everything else just falls neatly into place.

I think this is a review that could be counted as glowing and I really think that’s fair. This isn’t a game where negatives are popping up all over the place that just need to be mentioned. I didn’t notice any glaringly annoying bugs so anything that could be classed as “rough around the edges” wasn’t enough to spoil my enjoyment. So what is Sable’s biggest flaw? Simply the taste of the individual playing it. If you’re the type of person that wants something fast and action-packed Sable’s pace is probably going to be too slow for you. If on the other hand you just wanted to be guided through a story this might not be linear enough for your tastes. I know we’re talking extremes here and there are lots of very eclectic gamers amongst you but I think you’ll need to enjoy a really good explore and like the fact that you can’t die to get the most out of this game.

It’s not quite the same style but Sable reminds me a little bit of AIR, another game I reviewed for this site and absolutely loved. I’m not saying that the two games are similar in the way they play. rather, in the way they make me feel while I’m playing. I want to learn more about the world I’m in and want to discover everything and most importantly I want to be the character I’m playing. Sable puts you in the shoes of your character so completely that you just want to help her complete her story. All I can say is get involved. If you’re like me and love a good narrative that isn’t too confining Sable may well just be the game for you.

This review is based on a retail copy of the game provided by the publisher.

If you love story-driven RPGs but are looking for a change of pace from the usual combat-heavy fayre, Sable might be the perfect call. The only thing that will stop your enjoyment here is personal taste. If you are looking for a beautifully crafted, well written title that’s engaging and absorbing this is a game that is a must play.