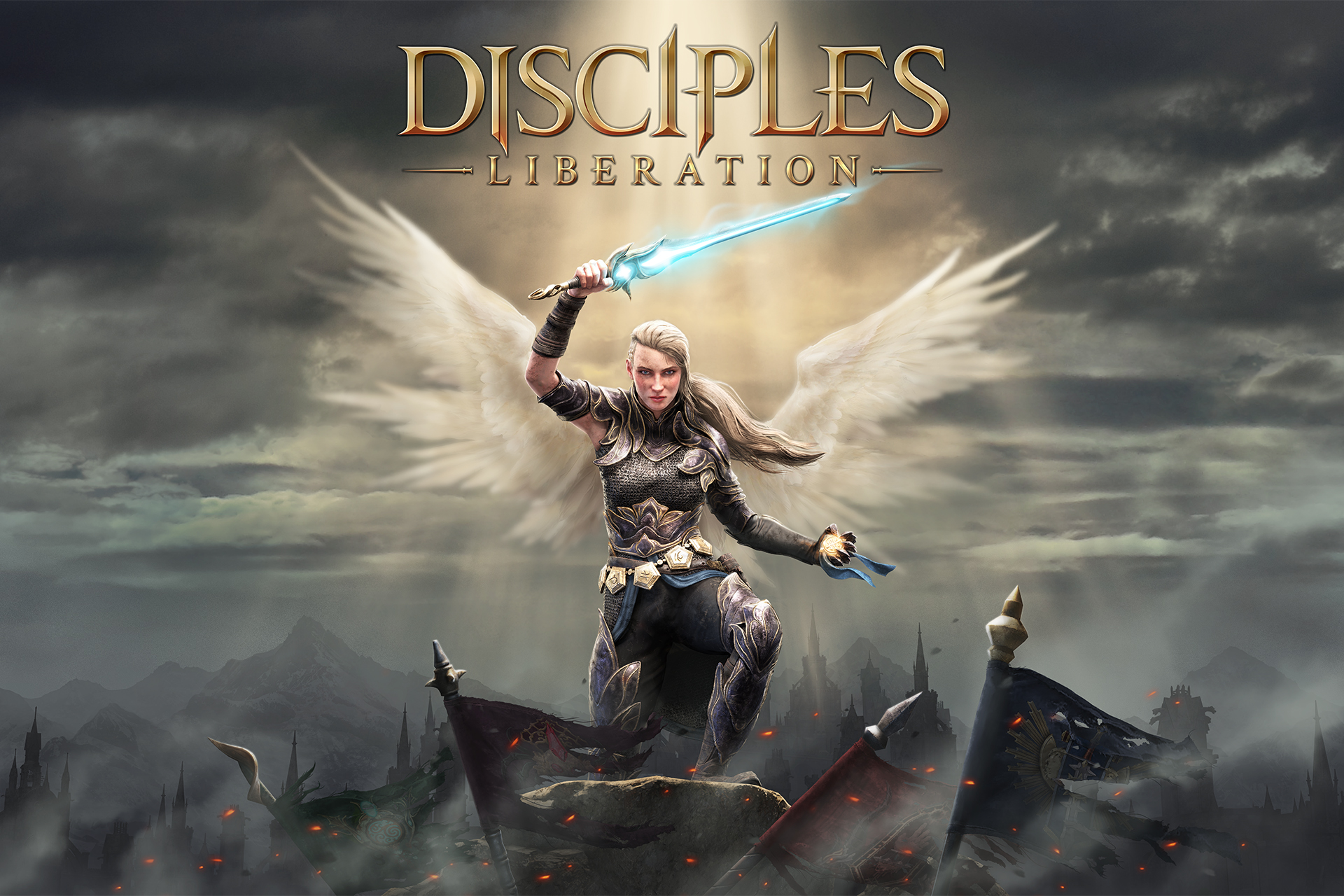 It’s been almost 12 years since the last entry in the Disciples series when Disciples III: Renaissance launched on PC in 2009 (or 2010 in Europe and the US). Developed by Firma Studio, Disciples: Liberation aims to reignite the beloved series and will be bringing it to the console for the first time since the franchise started on PC back in 1999. For those unfamiliar, Disciples is a tactical turn-based RPG set in a dark fantasy setting that features player choice and loveable characters.

I’m going to start this preview with the admission that I have never played any of the previous Disciples titles, so I won’t be commenting on whether the latest entry is a faithful or fitting entry into the series. However, having played the game for a number of hours now I can comment on my experiences so far. I managed to play a good chunk of what appears to be the beginning section of the game, however, the developers boast an epic of 80+ hours so my time with the game may not be wholly indicative of the full experience. That being said, what I did play gave me a good impression of Disciples: Liberation and left me very intrigued by the story and the world that Firma Studio has created.

In Disciples: Liberation, players take control of a mercenary called Avyana who is accompanied by her lifelong friend and fellow mercenary Orion as they travel across the dark fantasy realm of Nevendaar in a quest to liberate the world and its people. The game begins with the two on a contract to assassinate a priest. This mission goes awry, forcing the pair to flee through a portal in order to avoid certain death. This mysterious portal leads the two mercenaries to the forgotten city of Ylian. This location is the foundation of Disciples’ XCOM-esque base building mechanic, as Avyana and Orion attempt to create a hub and safe haven for them and others during their adventure. From here the two venture out to different locations within the world to gather support in their quest, improving the mysterious city by forging alliances with Disciples’ four distinct factions.

The story itself offers the usual fantasy tropes, however, the world and its lore are rich and immersive and I found myself wanting to dig deeper into each of the factions and their followers. Each of these groups is unique, featuring their own distinct units that players can recruit into their merry band of adventurers. These units in turn will aid the mercenaries in battle with their combat effectiveness being impacted by Avyana’s relationship with their respective faction.

The factions are where the game really shines for me as they are varied, having their own beliefs and values that often differ significantly from each other. Players will also be able to choose how they deal with other characters and their factions, usually in the way of dialogue. Players are greeted with a healthy selection of options to choose from when interacting with characters, which are all fully voice-acted and displayed in a sleek pop-up in the center of the screen. In my time playing the game, these dialogue options appeared frequently throughout all conversations, whether it was quest-related or just a quick chat with an NPC. Throughout my time the choice always left me feeling like I was able to role-play Avyana how I saw fit and it feels that this may even add a layer of replayability to the game.

Early on the player will get a choice in which of the four areas of Disciples: Liberation to explore first, with each area relating to one of the game’s unique factions. Each of these areas offers a distinct appearance and setting that pairs perfectly with the corresponding faction that populates the area. These locales even feature their own contained storylines that set the environments and characters apart from others. For instance, the Castle Hale locale that relates to the Empire faction provides a different experience, in terms of appearance and storyline to the location that belongs to the Undead faction. These environments are detailed and immersive and I often found myself pausing to take everything in as I moved throughout the world.

Those looking for a meaty and expansive world to explore may not find what they are looking for here. The areas, while rich in detail, are relatively contained and small when compared to other titles in the genre. What is here though serves the purpose of drawing the player deeper into the narrative and immersing them in the game world, which is sometimes all that is needed in a story-rich title like Disciples. The different environments also provide an effective way of giving purpose to what I believe is Disciples’ best feature; the combat.

Battles in Disciples: Liberation are turn-based, taking place on a grid consisting of hexagonal tiles. At first, the combat seems daunting for those not familiar with this style, however, the tutorial does a great job of quickly bringing the player up to speed. Combat can pose a significant challenge at times and the player must quickly learn to make effective use of all of the skills at their disposal if they want to be successful. There is also a good variety of enemy types to keep players on their toes and their designs fit in beautifully with the world and the narrative. In my time playing through the beta I had faced off with countless different enemies each with their own distinct challenges, such as undead that would projectile vomit at my party, knights clad in heavy armor, mages and priestesses that would constantly buff their allies, and even a great big lumbering Werewolf.

At the beginning of the game, players will only have access to Avyana and Orion but they can build their army on their adventure to fit their preferred playstyle and change up tactics to better deal with specific threats. I learned quickly that Orion was best suited as a stealthy rogue. He can become invisible to enemies before maneuvering behind them to inflict big damage and apply a bleeding effect. Avyana is also the only member of the party, at least in the portion of the game that I played, that can gain access to spells. These include a handy healing spell which became essential in keeping my party on their feet. There is real depth to the combat, which is a good thing as players will find themselves locked into it fairly frequently throughout the course of their adventure.

As mentioned previously, there is a base-building element to Disciples: Liberation. While in my experience this may not be as in-depth and complex as titles such as XCOM, it does provide an intriguing layer of management and customizability. While exploring, players can gather resources and capture certain buildings. These can be used back at base to help improve the party’s effectiveness in combat. While in Ylian players can research new spells for Avyana, train up their companions, and reassign skills. This in turn allows the player to try new tactics as they please. The base can also be upgraded with buildings found out in the world to increase its capabilities. While it’s certainly not the main draw of Disciples: Liberation, the base-building mechanic does add another element to the game and gives players a good reason to explore the world in an effort to improve their home turf.

Disciples: Liberation is an interesting game with a unique combination of elements that all amalgamate well to create an engaging and fun gameplay loop. It may not be the most in-depth or immersive RPG, but in the time I played, I found myself wanting to venture further along Avyana’s quest and uncover more of the rich lore of Nevendaar. The combat is entertaining and challenging and the base-building mechanic adds another interesting layer for players to sink their teeth into. Overall, Disciples: Liberation left me feeling encouraged and excited about the game’s full release on 21st October when it launches for PC, PlayStation 4/5, and Xbox. More information on Disciples: Liberation can be found here.

This preview is based on an early access copy of the game provided by the publisher.