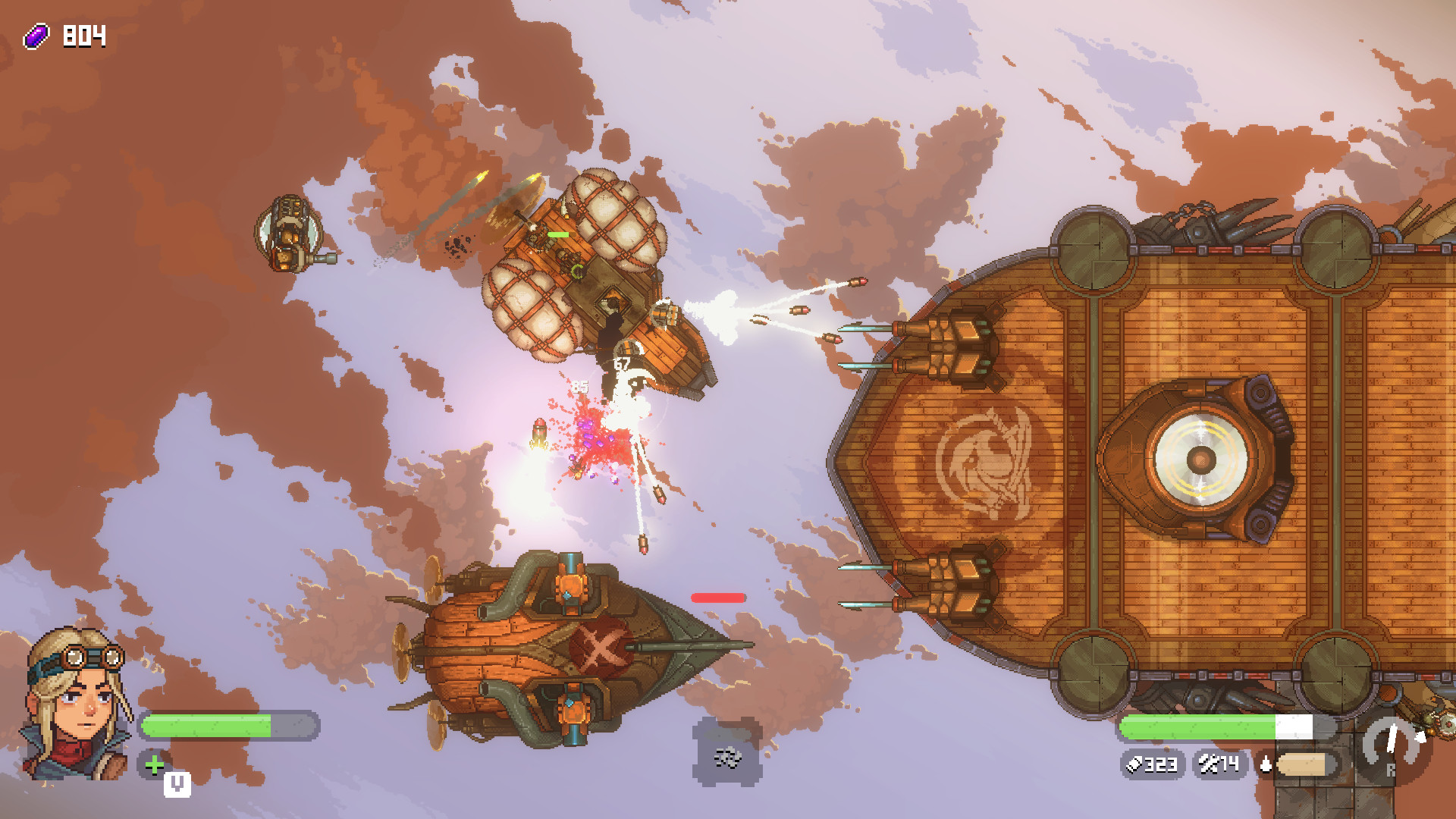 The 90s, for me at least, felt like a decade of awesome RPGs. Nintendo lovers who hadn’t played Zelda: A Link to the Past were either living under a rock or weren’t really Nintendo fans. Not to say there weren’t some absolutely brilliant offerings for us Sega owners, too; Shining in the Darkness is still one of my all-time favorites but there were many more. They usually had that isometric feel and had a bright, colorful, cartoonishness to them that you don’t really see now. I’ve been looking for a game that scratches that particular nostalgia itch and I think I may have just found it. It’s called Black Skylands and I’ve been playing it on PC. From what I’m seeing thus far, it’s ticking all the right boxes.

Black Skylands is a very story-driven game; of course it is, it’s an RPG. That being said, the usual rules apply when it comes to me relating said story. Put simply, I won’t. I don’t want angry gamers hunting me down with pitchforks because I’ve given everything away in a torrent of spoiler-filled stupidity. What I will tell you is that this is a game of pirates, monsters, and floating islands. You will be setting off on a journey that will take your airship on a voyage of discovery in a bid to stop a menace that could quite easily destroy all you hold dear! My god that was good! I need to start writing the backs of video game cases. That is all you’re getting, play the game if you want more.

Black Skylands is brilliant for lots of reasons. The first is it’s just a big bag of nostalgia wrapped with a pretty bow. The aesthetics are absolutely bang-on for the style this game is going for. They really make you feel like you’re embarking on an adventure that’s truly worth having. There are loads of NPCs to talk to, characters, (when you jump into dialogue with them) look the part, and there are just the right amount of text boxes flying about the place without reading a novel before you can play. In true 90s style, the prologue (you kids call them tutorials now) is actually about the first hour of the game but it doesn’t feel tacked on or like the game is forcing rules down your throat. In short, the flow is perfect.

The story, which I’m still not telling you anything about, is well written and engaging. The point here is that you really want to invest yourself in the adventure. There are too many times when we play RPGs that we end up wondering why we’re bothering. The story becomes so flat that it just feels like we’re doing stuff for the sake of it. There is some really good work that’s been done here to alleviate that.

I’ll break down a bit of the gameplay for you because there’s quite a lot going on. The adventuring element is broken into two distinctive types of play. A lot of the game sees you visiting various floating islands so there is obviously exploration and combat involved here. What we need to remember is that you have to get to these places, and this is where your airship comes in. This isn’t just a vehicle for getting you about, (though it does this very nicely and controls like a charm,) there is also a good amount of aerial combat involved. You can clear a landing area from goons with your cannons but if you’re going to do this you need to make sure there’s aren’t any flying enemies wanting to sink you first. This dual way of playing is just one of the many ways that Black Skylands keeps the game fresh and fun.

Very importantly Black Skylands is a non-linear affair. You can follow the story from point to point and simply do what’s being asked of you but that sort of kills the point of the game. This is very much an adventure title with some other very cool little mechanics thrown in. You’ll be taking your airship to multiple islands which you have to liberate. You aren’t directed as such to do this but saving the locals and defending the islands from pirates will give you some pretty neat upgrades. This is also a great way to find modboxes that contain snap-ons for your weapons. These include sights, stocks, and more all of which increase their firepower, damage, etc. I’ve actually spent more time exploring the game than I have following the story and I’m having a wail of a time doing it.

This isn’t just a game of questing and killing stuff there is also a lot that you’ll need to do back at your home base. You’ll not just be flushing the enemy out of the islands you liberate, you’ll also be gathering resources. These aren’t just used in the usual, (now rather staid crafting manner,) that we’re all used to. You actually have to build your base to get the items you want. So as an example to make weapons and armor you’ll need a factory. You’ll not only need the required resources to create this building in the first place but then more to build the items you’re after. As an example, needing new armor is one thing but to get it you’ll need cotton. To get cotton you’ll need to buy the seeds and grow them in your garden, which you’ll have to build first. This means that the time you spend at your base, (known as the Fathership) is important. This also means that you can happily spend half an hour not doing any adventuring at all and just sorting out a bit of housekeeping. The fact that you can do this by choice adds variety to the whole affair which is something I definitely appreciate.

You’ll find side quests as you discover new islands. This is all an added incentive to play the game as a whole instead of just following the narrative. For instance, I found a blind scientist on one island that needed taking to another. This could be a simple fetch quest but for the fact that the island you’re being sent to is crawling with bad guys and they’ll all be above your level if you find him early in the game. This means that you’ll need to gear up to reclaim the island in the first place. To do this you’ll have to explore further and build the stuff you need to become strong enough to stand a chance at liberating that zone. Only then can you drop off your new friend. If you’re just trying to do what the game wants you to do from a narrative perspective you probably won’t find him in the first place, (because you won’t be looking.) The fact that you’re actually being encouraged to embrace everything that Black Skylands offers but in a subtle way is brilliant.

I’m having bags of fun with this release. The game isn’t without its bugs but Black Skylands is an early access release so we shouldn’t be expecting it to be perfect. The odd glitch aside this is already a very playable game with loads to do for your money. I haven’t come anywhere near to completing the game on account of wanting to explore and do everything so I won’t pretend to call it a finished article, (though story-wise I’m assuming it is,) but even if it isn’t you won’t notice because there’s so much to do.

If you love an adventure and want a game with a good amount of meat on the bone then Black Skylands is going to be a great addition to your Steam library. I often look at a title on the basis of wanting to play more of it. This is one that I know I’ll keep coming back to and for a game that isn’t even out of Early Access yet, this bodes incredibly well. This is also a game that I wouldn’t feel guilty about picking up for an hour and putting down again so those of you with busy lives can still get your fix. On the flip side of the coin, this is also perfect for an afternoon binge because there’s enough there to stop gameplay from getting old. All in all, Black Skylands is definitely one to watch and if you want to give the devs a helping hand grabbing an early-access copy won’t leave you regretting spending your money.

This preview is based on an early access copy of the game provided by the publisher.