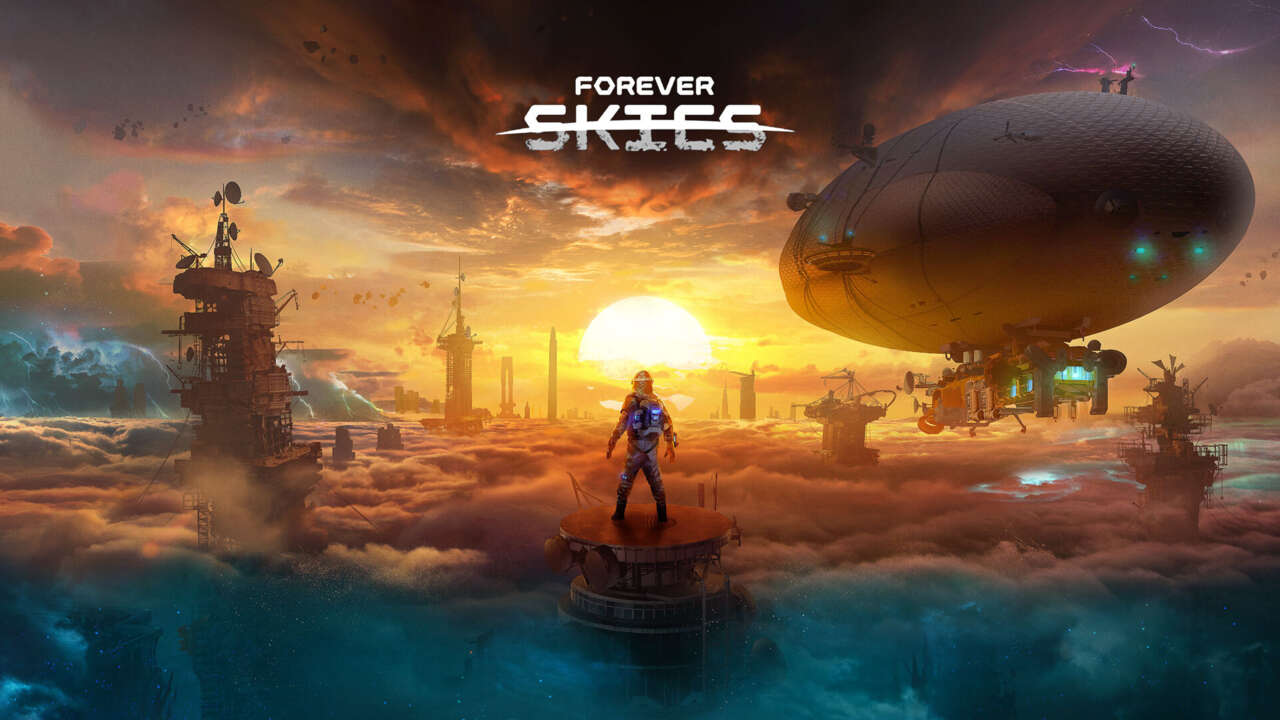 Far From Home is an independent Polish game studio, founded by industry veterans whose titles include games like Chernobylite, The Medium, Dying Light, Divinity: Original Sin, and Dead Island. The new studio aims to produce next-gen “AA+” games, while staying independent and working with a small team. The studio currently consists of 23 developers, many of them having previously worked on big-name AAA titles.

Forever Skies follows a scientist exploring a version of Earth that has been rendered uninhabitable by a climate crisis. The remains of humanity live in orbit, but are being threatened by a disease that the main character now has to find a cure for.

The game’s first teaser shows off Forever Skies’ main concept, with much of its action taking place on crumbling buildings, towering above the layer of toxic clouds that make the ground uninhabitable. The player is tasked with exploring and researching in this sky-high world, with the game incorporating classic survival elements like base-building, crafting, and planting crops. While details on combat are still murky, it’ll be present in the gameplay, with players eventually having to face whatever threats are lurking beneath the Earth’s deadly cloud layer.

Far From Home CEO Andrzej Blumenfeld told IGN that the game’s setting was inspired by the real-world impacts of climate change in Cracow, Poland, adding that Forever Skies is explicitly intended to be about the dangers of climate change.

The focus on viruses and medical experimentation was already a part of the game before the COVID-19 pandemic hit, Blumenfeld added, though the team at Far From Home ended up having to tweak how it was presented, in light of changing attitudes to disease and medical science due to the pandemic.

Forever Skies is expected to launch in early access for PC later this year, and initially will be a single-player experience. Far From Home intend to release the game at a later point on next-gen consoles, as well as adding the option to play in co-op.