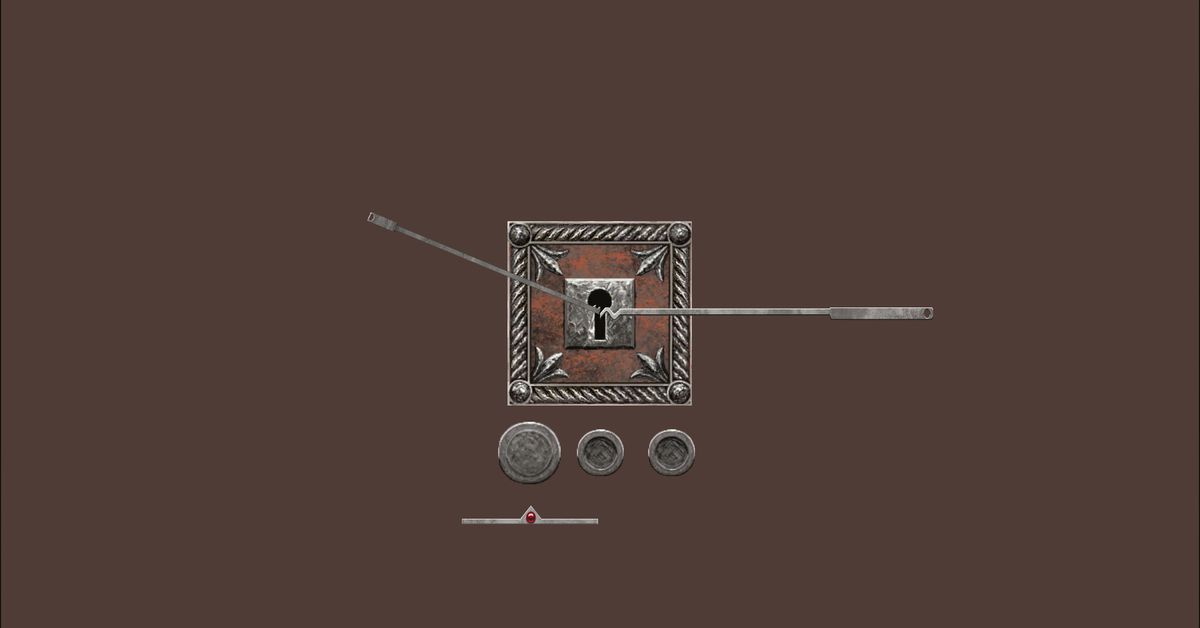 It’s time to dust off those lockpicking kits you’ve been hoarding. Dim Bulb Games is releasing Museum of Mechanics: Lockpicking to Steam on Thursday. For those unfamiliar, this “game” is part digital museum, part collection of minigames. As you take a walk through its digital space, you’ll be able to play a variety of lockpicking minigames from games and series like Mass Effect, Skyrim, and Fallout.

The game anthology is coming to Windows PC, macOS, and Linux, and the final release will contain locks from dozens of video games. (It’s also available on itch.io, if you prefer to download it there.) With this release coming to Steam, you’ll be able to compete in online leaderboards as well to see just how your hacking skills stack up.

Each minigame includes a note from professional game designers about it. As a game designer behind the museum, Johnnemann Nordhagen often found himself buying and downloading other games to study them. “How nice it would be, I thought, if someone collected all the references for particular ways of doing things in one place,” Nordhagen said on the Steam page.

The museum of lockpicking is just the first entry in a series of games dedicated to preserving video game mechanics. Nordhagen plans to create museums for other mechanics too, but for now, we have plenty of locks to pick.