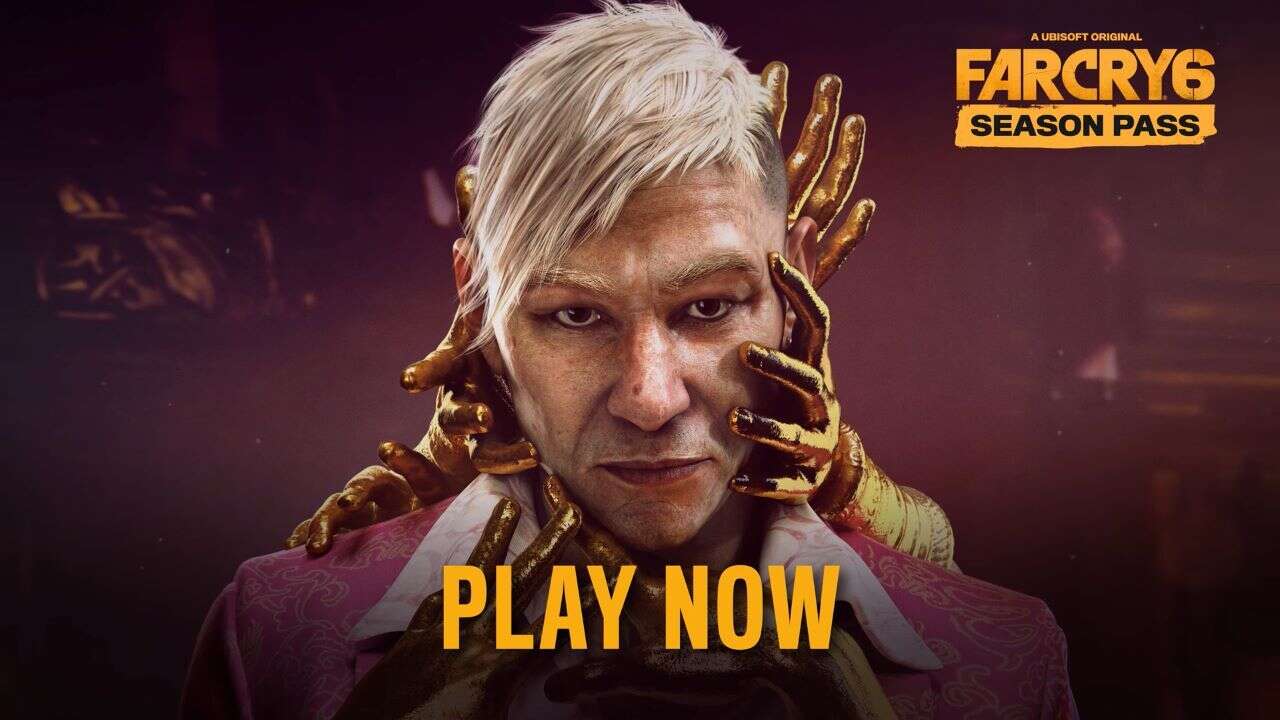 Far Cry 6, a game that may have more content than you could ever play, just got more. Far Cry 6: Pagan – Control is now available across all platforms.

The DLC stars Pagan Min, the primary antagonist of 2014’s Far Cry 4. Pagan Min was the king of Kyrat, the fictional kingdom, based on Nepal, that served as that game’s open world. In the original game and in the DLC, Pagan Min is voiced by Troy Baker.

Spoilers for Far Cry 4 below.

In Far Cry 6: Pagan – Control, Pagan Min is on a quest to rescue his daughter, Lakshmana, who was murdered as an infant. According to a press release from Ubisoft, the DLC is roguelike-inspired and takes “place in the depths of the villain’s troubled psyche.” Basically, it seems to be a gamification of Pagan Min’s grief. Based on the launch trailer, the DLC seems to have a dreamier tone than Far Cry 6. Objects float in the air, the player runs down floating carpets, and defeated enemies explode in a puff of multi-colored smoke.

This is the second of three themed DLC expansions for Far Cry 6, all of which involve the return of a villain from the series’ past. Vaas – Insanity, which starred Far Cry 3 antagonist Vaas Montenegro, released on November 16 of last year. The third expansion, Joseph – Collapse, starring Far Cry 5’s Joseph Seed, will launch later this year. The Far Cry series is known for its over-the-top villains, and Ubisoft has really leaned into that with this DLC.

All three DLC expansions are available as part of Far Cry 6’s Season Pass, which is currently priced at $39.99. If these expansions have you feeling nostalgic for the series’ past, you may be pleased to learn that the Season Pass also includes Blood Dragon, the neon-drenched, ’80s-themed standalone expansion to Far Cry 3.