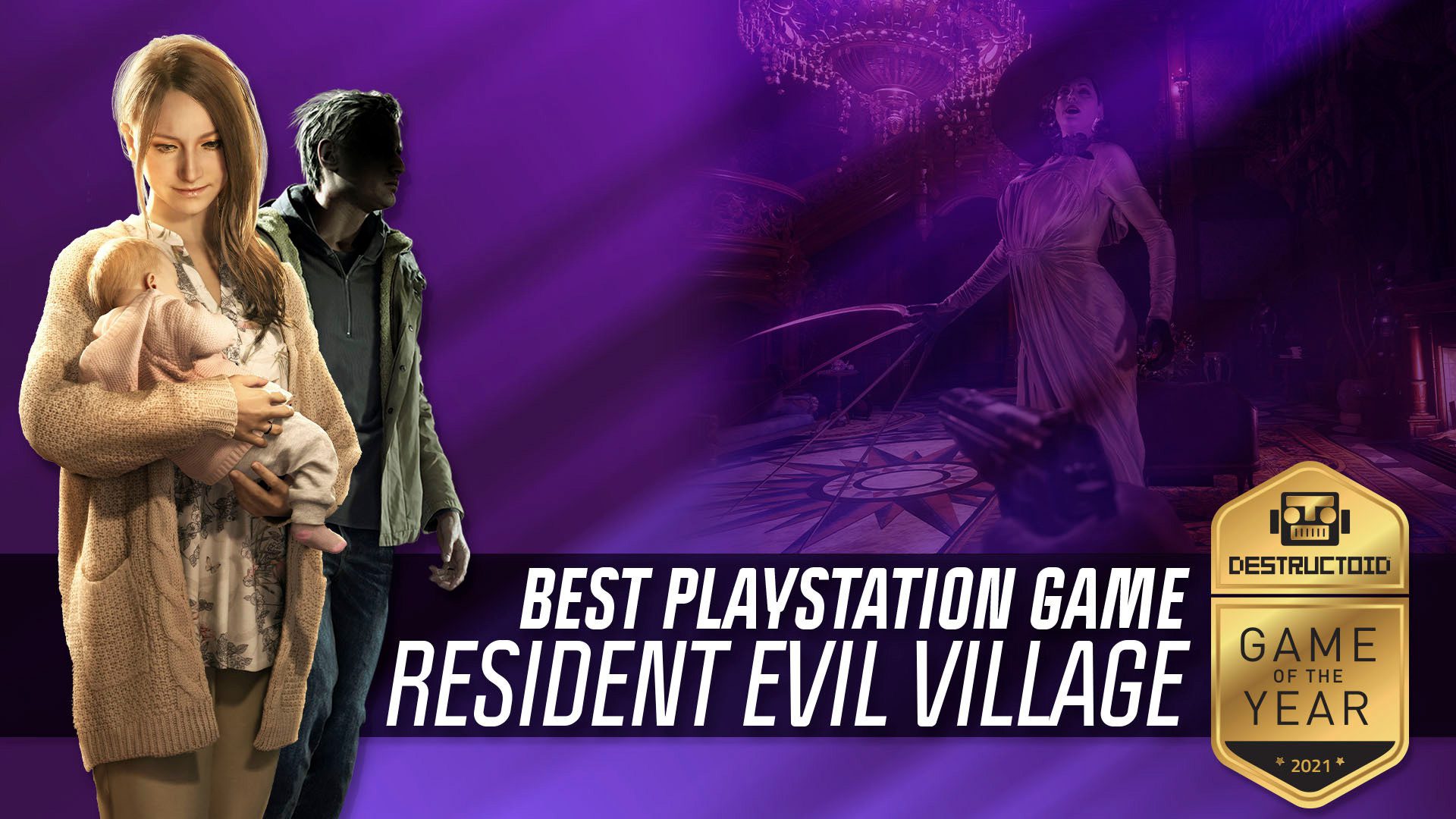 Some games feel like they’re worth playing through once, and only once. They might be riveting in an all-consuming way the first time through, but they can carry so much emotional weight, or nerve-fraying tension, or such high stakes that I just can’t imagine going back anytime soon, if ever. I feel that way about certain narrative-heavy games, for sure. And there are definitely horror games — here’s to you, Dead Space — whose sense of dread never fully lets up, even after you know what’s in the designers’ bag of tricks.

Then there are those genuinely good games that hit hard and only seem to become more enjoyable the more time you invest in them. That’s exactly how I’d classify Resident Evil Village. And while there are other factors in play contributing to its success in game-of-the-year discussions for 2021, I like to think that replayability-minded design lifted it up.

Replayability? In a Resident Evil game? What else is new, pal? It’s true. Capcom generally nails it. It’s a point of pride, especially for this storied series. But this trek truly clicked.

While the Baker family was delightful (in a deranged sort of way), and there’s maybe no topping their presence, Capcom sure went for it with the eclectic lords in Village, all of whom are very distinct yet somehow go hand-in-hand. Expectations were high, both in terms of what RE7 accomplished and also what Capcom was conjuring up, pre-launch, for Lady Dimitrescu‘s castle. That story beat only ended up being a slice — one of several.

Now that the dust has settled, I ultimately think Resident Evil 7 reached higher highs than Resident Evil Village — in part because it was such a bold, fresh gambit, one that still feels impactful to this day — but I find the sequel’s pacing more consistently enjoyable. It’s refined. From the varied locales, to the excellent recurring hub framework, to the designer’s willingness to get weird (yet somehow not go overboard), this game delivered.

That first playthrough had me on the edge of my couch, anxious to see where this ride was going. (Let’s just say, I didn’t see the Factory freakshow coming.) The second run was a still-thrilling but calmer clean-up mission, and it provided more flexibility with which to goof the hell off with overpowered weapons. Subsequent runs — including a three-hour mad dash that’s among my favorites in the RE series — only amped up my antics.

And through it all, the wait for the elevator out of House Beneviento’s basement still gets under my skin. I know it’s a scripted moment. I know it is. And yet… she’s coming.

In a year full of great games, with our nominees for Best PlayStation Game of 2021 conveying very different moods, Resident Evil Village was the only one I ended up playing back-to-back five times in a row — without anything even approaching hesitation. It balanced action, horror, and cheese into a tense yet increasingly breezy package, with some RE4 vibes sprinkled in for good luck. Village may not have been everything I ever dreamed of coming off of Resident Evil 7, but my goodness was it a memorable trip.

I couldn’t wait to go again. And I can’t wait to see where this “trilogy” goes next.