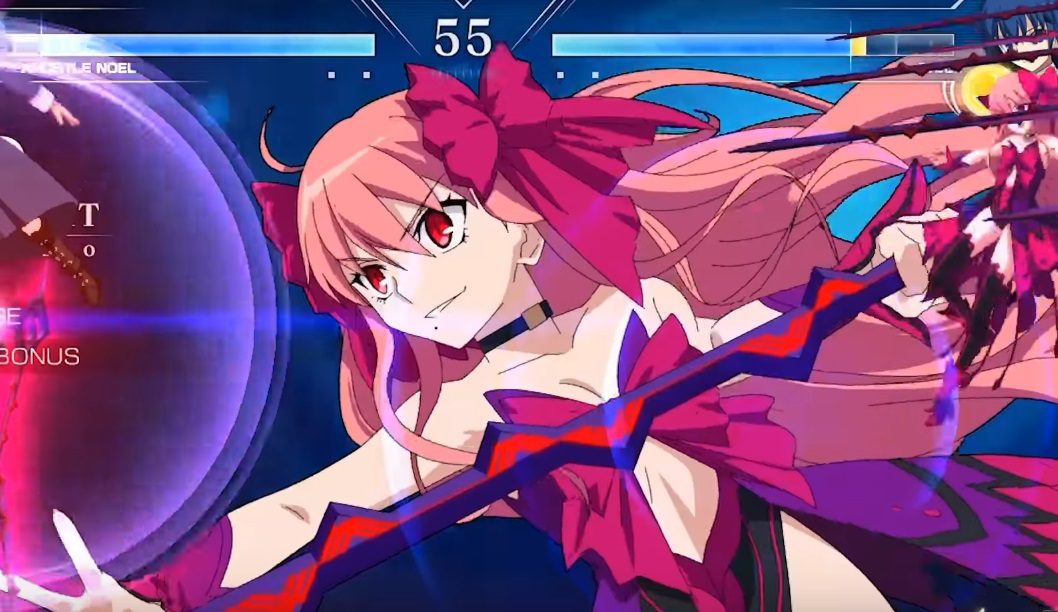 I guess this is what counts as Christmas spirit in the world of Melty Blood. Project Lumina has revealed the identity of the first post-release character headed to its recent comeback release Melty Blood: Type Lumina — Dead Apostle Noel will be joining the anime fighter as paid DLC and she’s as cute as a butterfly, and twice as deadly… Umm…

Described in the above trailer as “A fallen hunter who hunts her prey like a wolf in the night”, Dead Apostle Noel sports lovely pink hair and purple and magenta robes covered in ribbons, just like all wolves in the night. As you can see from the video, Noel’s predatory prowess is brought to battle via her ability to lay traps for her opponent, ensuring them within webs of razor-sharp javelins before raining down enough pointy sticks to turn them into a walking pin cushion. Ouch.

She might have a friendly smile and cheerful demeanor, but be warned, as Noel harnesses the ability to steal her enemies’ souls and look them away in an otherworldly plane known as the Mystic Eye of Roses, where they apparently experience “an unending nightmare”. I’d just give ’em a one-way ticket to England, frankly. Neither a price nor a release date was officially announced, but Dead Apostle Noel is expected to join the roster later this winter, so she’s en route.