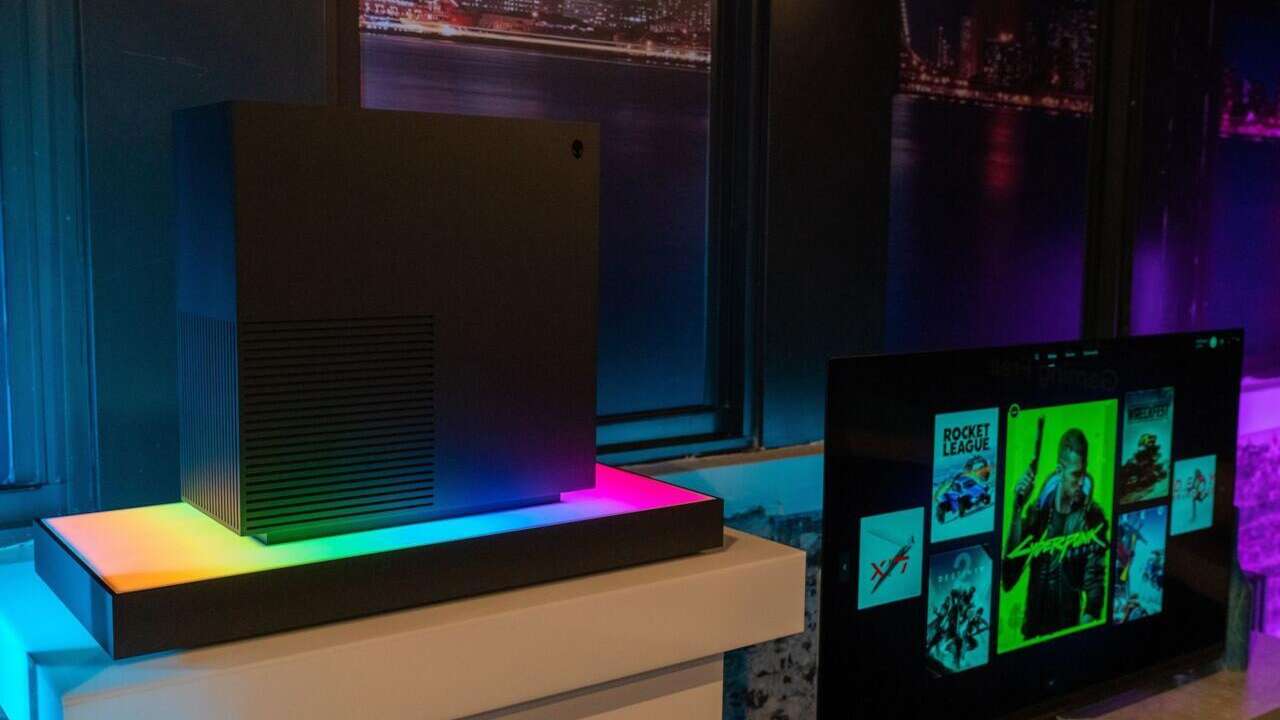 CES 2022 has been taking place this week, and during the Consumer Electronics Show, we saw several companies unveil or reveal more details on plenty of gaming technology. This included entirely new devices, new chips to power PC games, and a very literal desktop PC. The show was a lot different than in the past because of the pandemic, but there were still plenty of exciting announcement for eager players. These were the biggest gaming stories at CES 2022.

Sony had previously shared a few details regarding its PlayStation VR successor, including its plans for one-cable connections and an advanced controller, but it offered much more information during CES 2022. Officially named PlayStation VR2–yes, no space–and coming bundled with the PlayStation VR2 Sense controller, the PS5’s VR platform includes 4K HDR resolution, an OLED display, inside-out head tracking, and eye-tracking technology. This means the days of needing a camera and glowing Move controllers to detect your motion are behind us, and a headset motor will provide more haptic feedback to increase immersion.

When you hear “desktop PC,” you’re probably imagining a PC tower that goes next to your desk, connected to a monitor. Razer’s Project Sophia is a literal desktop PC, in that it’s a desk with a PC built directly into it–including a built-in display. The device shown off at CES featured magnetic modules for customization, THX spatial surround sound, a wireless charger, and even a cup warmer so you can have hot coffee during your raid sessions. Because of the module system, it’s a versatile device that you can change for when you’re working or gaming, and the massive OLED display is available in either 65-inch or 77-inch versions. It even features a chat viewer and stream production controller for creators broadcasting their gameplay.

LG has been the biggest name in (relatively) affordable OLED TVs for a while, and its offering looks to be getting even better with the C2. The lineup will include the first-ever 42-inch OLED TV so those with smaller rooms can still enjoy the benefits of the display technology, as well as sizes ranging all the way up to 83 inches. With the 2022 lineup, you can use a special Game Optimizer menu to switch between settings, including FreeSync, variable refresh rate, and a Dark Room mode to play for when your gaming sessions run a little bit long. There is also a preset sports mode so you can switch to watching live games and then toggle it back to your console or PC.

The home arcade scene is getting a little bit more premium with new offerings from both Arcade1Up and iiRcade. Arcade1Up announced the first cabinet in its more-expensive Pro Series, Killer Instinct, which sports a taller form factor, bigger screen, better speakers, Suzo Happ sticks and buttons, Wi-Fi multiplayer, and no more separate riser. On the iiRcade side, the company revealed its first Premium model, Dead Cells, which comes with a more arcade-accurate form factor and discrete speakers, along with a lit marquee and gorgeous cabinet artwork. Both companies are clearly attracting the most dedicated players with these designs, many of whom have taken to turning entire rooms into arcades over the last few years.

Nvidia continues, at least on paper, to pull away from AMD with its high-end GPUs, and that continued at CES 2022. The company revealed the RTX 3090 Ti, a unit sporting 40 TFLOPs of performance, which is a full four more than the RTX 3090. It also has 24 GB of GDDR6X RAM. It’ll likely have a price to back up the power, given the current $1,500 cost for the older GPU, but Nvidia made the announcement as its competitor focused primarily on low-cost and mobile processors during its own showcase.

Sure, many hardcore PC players want a traditional tower PC or a laptop to play their favorite games, but others are looking for something a bit more versatile and convenient. That’s who the Asus ROG Flow Z13 looks to serve, supporting many of the same functions as a two-in-one like the Microsoft Surface but supporting up to an Intel Core i9-12900H CPU and an RTX 3050 Ti GPU. It also supports the XG Mobile eGPU line, so you can dock the system, connect to an external monitor, and get even better performance out of it when you’re back home.

There are currently a few different companies offering cloud gaming services, letting you move from your game from a TV to a phone in another room if your family wants to watch something. The Alienware Concept Nyx is different, however, using a physical home server in order to make a transition like this seamless so you don’t lose any progress when moving from one display to another. By using “smart switching” of devices, Alienware plans to have you lose literally no progress when doing this, rather than having to go back to the last checkpoint like you may with other more widespread cloud solutions. For those with several players in the house, especially where there are data caps, it could be the perfect solution.