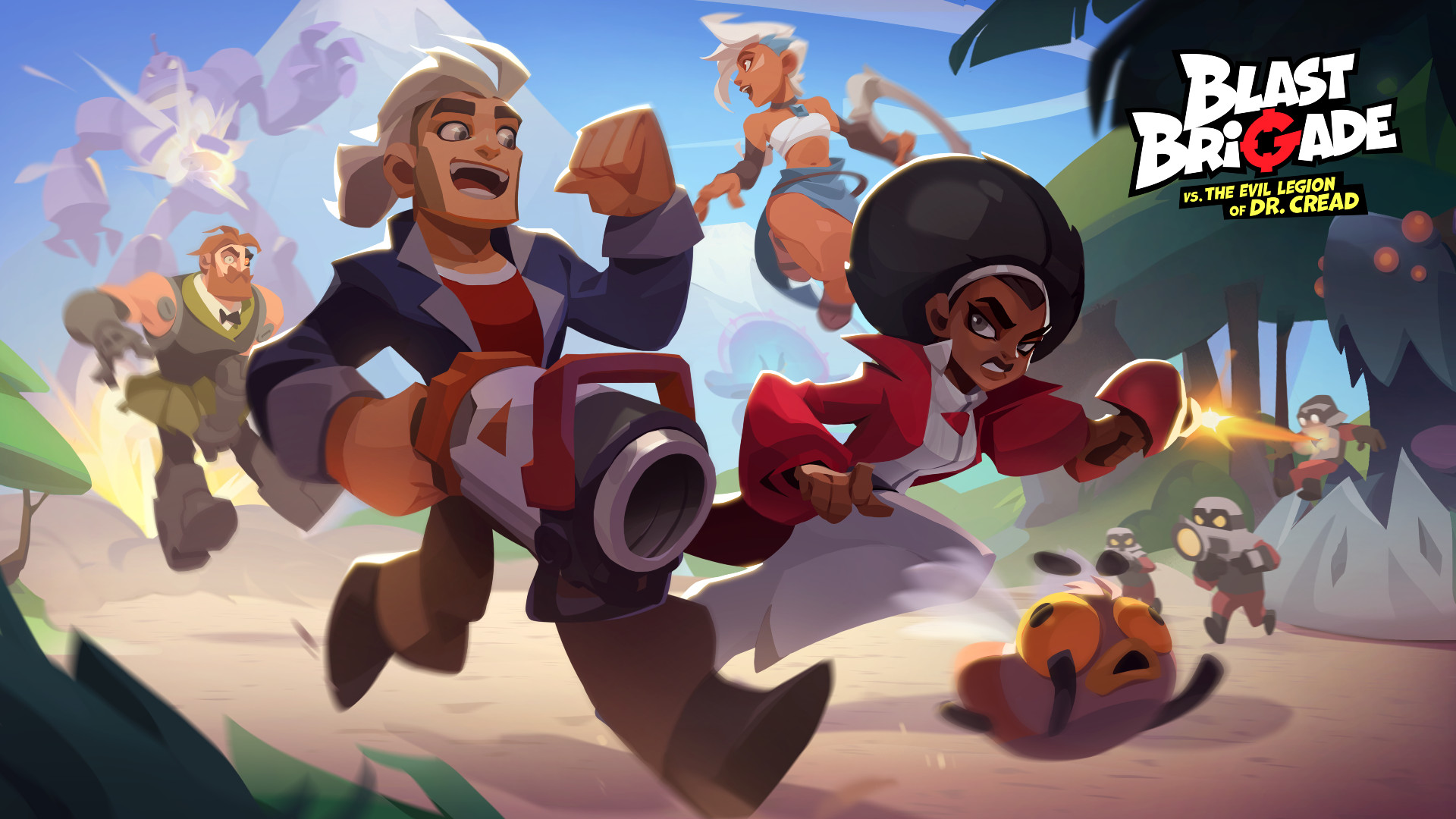 I’ve just seen an interesting little bit of news involving a new Metroidvania-style action game that’s coming to our screens next year. It’s always great to see devs using Early Access as a means to perfect a title and generally means that they really want the input of the players that will be consuming their product. This is very much the case with Blast Brigade, the game that we’ll be discovering and discussing a little today.

Blast Brigade is an action-platformer coming from the folk at MY.GAMES and Allods Team Arcade. As I’ve just mentioned this title has now hit Steam Early Access, and players can experience a substantial amount of the game. By “substantial,” I mean that you can get stuck into two complete acts of Blast Brigade‘s story and get to know three playable character’s in the process. The cast that you’ll be meeting includes the trigger-happy hero, Jeff J. Jefferson, the icily competent Ex-KGB agent Shura, and the very gallant Galahad.

In Blast Brigade’s current state you’ll be taking your newfound friends into battle against thirty different enemy types and seven challenging bosses using an arsenal of six different weapons. You’ll also be exploring six biomes, each offering a host of unique challenges to overcome with their character’s unique abilities. As you explore you’ll be able to upgrade both your characters with a variety of different perks and your base of operations, allowing you to better prepare for missions.

The Blast Brigade is just that, a team of heroes. You won’t be able to pick your favorite character and race through the entire game. These agents have a very specific set of skills, and you’ll need to switch them out on the fly if you are to overcome the obstacles you’re presented with. This is going to add a certain puzzle aspect to the game that may well provide a welcome shift in the action.

So what can you expect to see coming with Blast Brigade‘s final release then? Well based on the feedback from players at this stage of the proceedings there will be more content in the form of substantial updates and quality of life changes. As I noted at the start, the devs are really listening to the players and shaping the game for them. This is lovely to see. On top of this, you’ll be getting a fourth, as yet undisclosed, character to play with. So there’s loads more coming for those of you who start following the progress now.

Blast Brigade is planned for release on Nintendo Switch, Playstation 4 and 5, X Box One, Xbox Series S/X, and of course PC early next year. As an added incentive for players to get involved now, those of you that join during the Early Access period will receive the yet to be announced DLC for free, along with some additional goodies. This should be more than enough to get 2D action fans amongst you preparing for a brand new adventure.