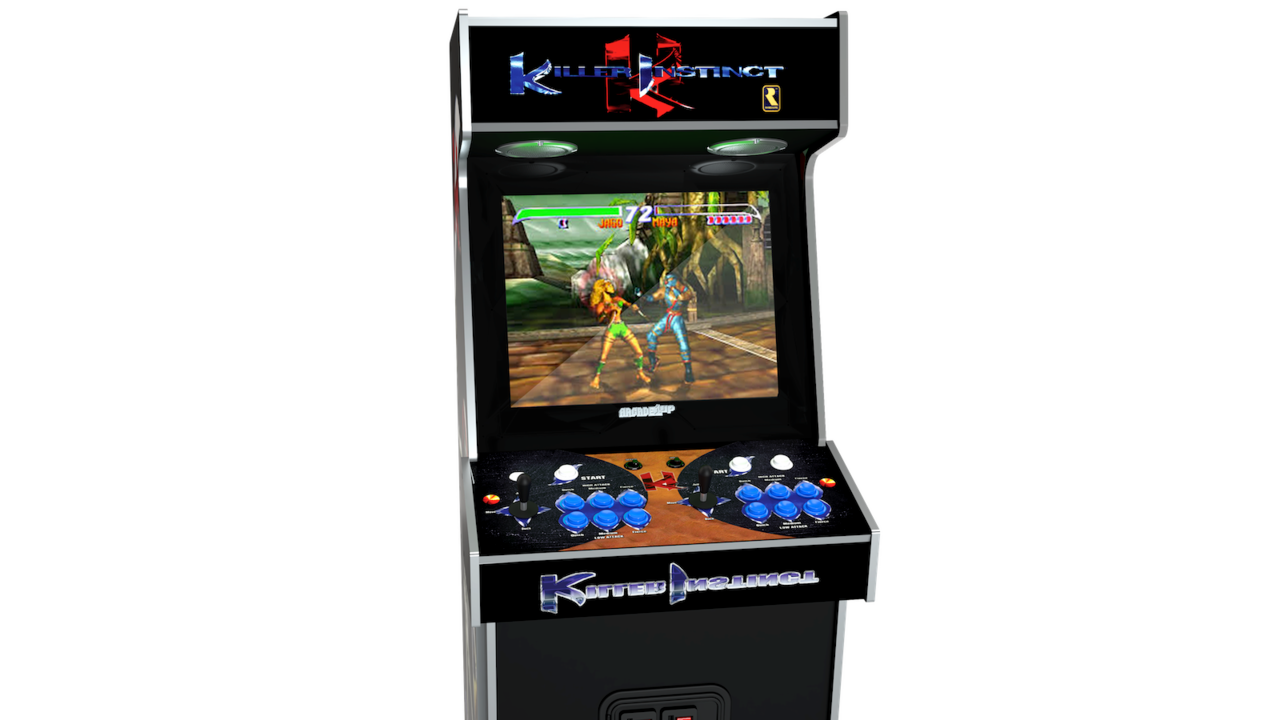 Arcade1Up is stepping into new territory for 2022, and its latest line of products should cater to hardcore arcade enthusiasts who have been hoping for premium build quality to match the nostalgia they get in their game rooms. The Pro Series, announced during CES 2022, comes equipped with name-brand controls and a grown-up form factor, and the first system in the lineup celebrates one of the ’90s most beloved fighting games.

Killer Instinct will kick off the Pro Series from Arcade1Up, and the company plans to offer one new Pro Series system each quarter in 2022. Alongside being closer to full-size cabinets, Pro Series systems will feature 19-inch screens, Wi-Fi for online play, and Happ controls. Happ–now Suzo Happ–controls were featured in many of the biggest Western arcade games over the last several decades, and they’re a substantial upgrade over the generic sticks in most Arcade1Up cabinets.

This quality will, however, come with a cost–the Pro Series is expected to retail for about $1,000 each. This is still less than most real arcade cabinets, but it’s clear from the limited number of systems (both in quantity produced and number in the line) and the increased size that these are meant for the most dedicated players.

Also announced at CES 2022 were new Legacy Edition cabinets, which bundle together games from some of the biggest arcade publishers. This year, we’ll get new versions of the Midway, Bandai Namco, and Atari Legacy Edition systems, each including 14 games instead of 12 as well as Wi-Fi support–the price will stay about the same as the older versions.

Despite some hiccups in 2021, including increased prices across most of its systems, Arcade1Up has continued to be a big success for parent company Tastemakers. More than 3 million cabinets have been sold, though the brand faces increased competition from the likes of iircade, AtGames, and Unico. In addition to traditional stick-based games, there are also lightgun and racing Arcade1Up systems.