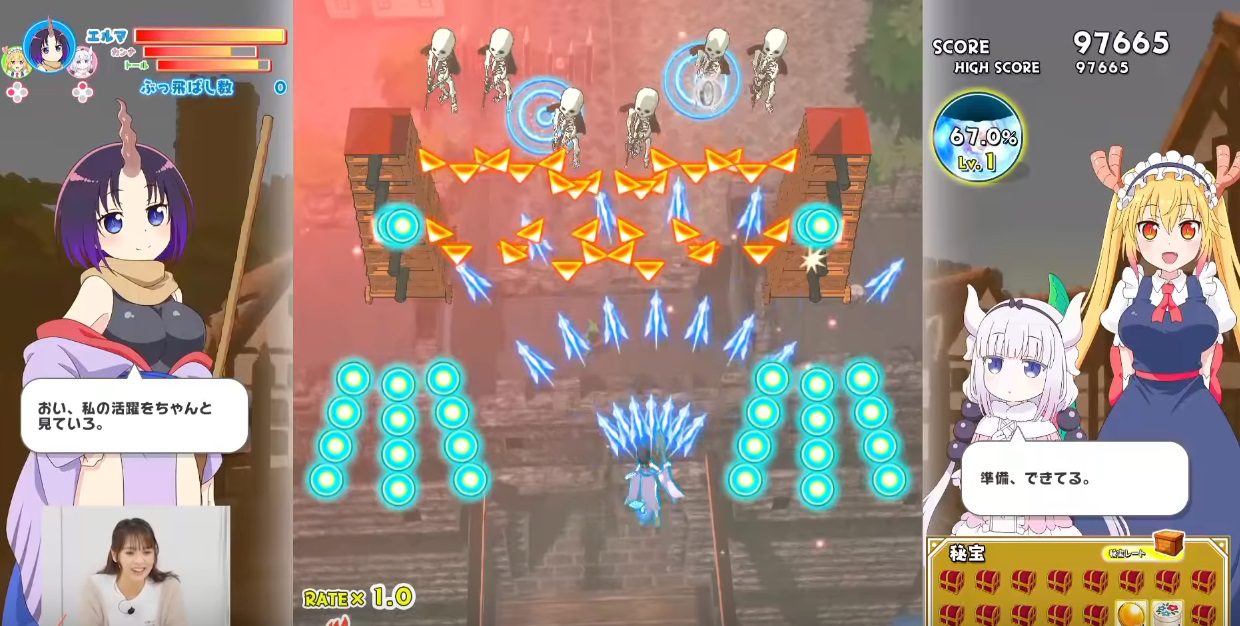 For those piqued with curiosity at Bushiroad’s bizarre decision to reimagine manga series Miss Kobayashi’s Dragon Maid as a vertically scrolling shmup, a new star-studded video from developer Kaminari Games will at least help provide a little more context for the surprisingly fun looking arcade title — which is currently in development for PS4 and Nintendo Switch.

The video, first spotted by news outlet Gematsu, sees the team invite three popular anime voice actors to check out a work-in-progress build of the incoming shmup. Oddly, it appears that guests Risa Tsumugi, Wakana Kingyo, and Yuzuki Watase are not the VAs for the anime adaptation of Miss Kobayashi’s Dragon Maid, as one would assume, though they do have links to various Bushiroad productions.

As for the game itself, it looks… fine at this early stage. The attractive anime visuals and cheesecake humor of the Miss Kobayashi series seem present and correct, and the story sequences look fun. The action itself seems somewhat tepid compared to most modern shmups — though I understand that Bushiroad is not likely to be targeting the hardcore shmup community with this release, and will be mostly focused on the Miss Kobayashi fanbase. It looks a little basic, but full of character, so it’s worth keeping an eye on.

Miss Kobayashi’s Dragon Maid: Burst Forth !! Choro-gon Breath launches in Japan on PS4 and Switch March 24. While an English localization seems unlikely, die-hard fans will no doubt be able to pick the title up digitally on the PSN/eShop network of their platform of choice.